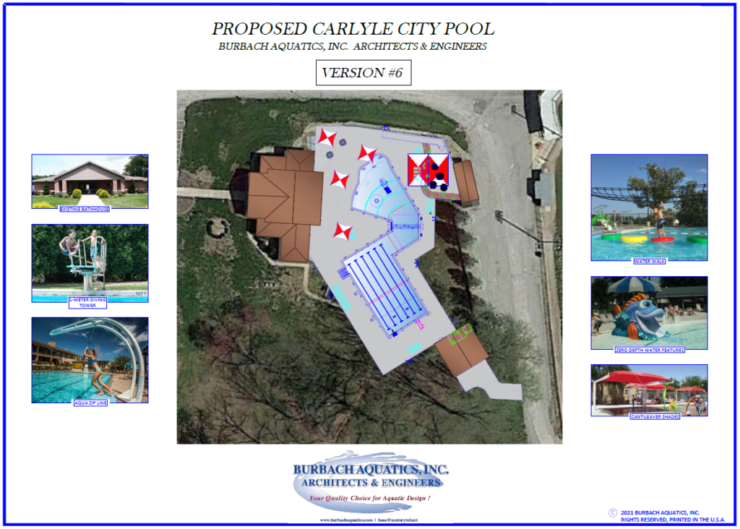 The City of Carlyle recently announced that it is progressing forward with initiating a proposed referendum to the voting body of the City of Carlyle to pass a ½ cent Sales Tax on the upcoming ballot for the June 28th, 2022 election for the proposed improvement of the City’s Swimming Pool. This sales tax will be similar to the sales tax that was previously approved by voters for the repair of streets and infrastructure and will not impact residential property taxes. Currently the sales tax rate in Carlyle is at 6.75% and sets lower than many of the neighboring Clinton County communities.

The swimming pool which was originally built in 1955 is in vast need of replacement, and a number of various improvements throughout the existing facility are required. Since 2019, volunteers throughout the community have worked to help develop a swimming pool revitalization plan. An informal Pool Committee Meeting will be held on Wednesday January 5th, 2022 at 6:00 PM at the Case-Halstead Public Library located at 550 Sixth Street Carlyle, Illinois 62231.

The City of Carlyle will also be establishing a Capital Campaign for fundraising for the Pool Improvement Project.

The City of Carlyle is seeking to establish volunteer committees for both the Pool Referendum and Capital Campaign and will be establishing these committees at the upcoming meeting.

Those interested in volunteering are encouraged to contact Carlyle City Administrator Joel Laws at 618-594-5204 or at admin@carlylelake.com