2017 STATE FINALS IN THE BOOKS

This year’s tournament as usual, was affected by the weather. High water in May forced the initial tournament dates to be postponed. However the state tournament finally took place in June with 62 teams vying for the state title. On day one of the tournament the teams were forced to seek cover due to a thunderstorm but were able to get back out and finish fishing with 41 teams weighing in fish.  Day two only experienced a small delay by an early thunderstorm, but soon the weather cleared and 53 teams weighed in fish. This year marks the 50th anniversary of Carlyle Lake and we have been proud to host the bass fishing finals since 2009. 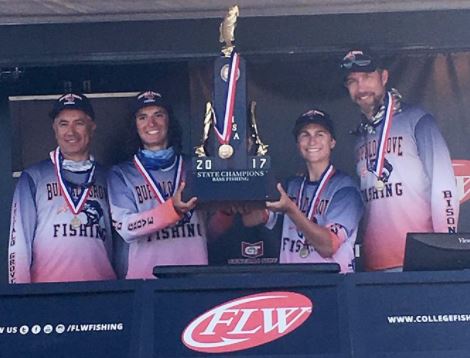